This has been a busy year up North in District 15.

We were made to feel very welcome and enjoyed the fellowship we were shown by our Western Companions. M. Ex. Comp. Cliff Hartmier and his wife Deanna Hartmier truly made us feel like family.

It has also been my privilege to present 5 bursaries to deserving students from a number of Chapters in District 15, said Bursary awards totaling 2250.00. I would especially like to thank R. Ex. Companion H. Daniel Knox, Chairman of the Grand Chapter of Royal Arch Masons of Canada in the Province of Ontario Student Bursary Committee for his prompt and greatly appreciated assistance in the approval and forwarding for presentation of these Bursaries.  The Grand Chapter of Royal Arch Masons is to be highly commended for this excellent opportunity provided for furthering the education of the families of Royal Arch Masons. 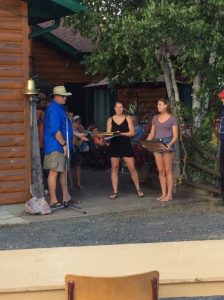 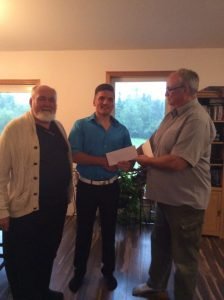 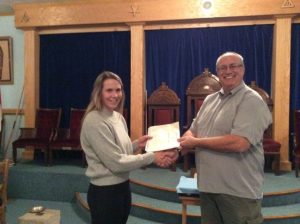 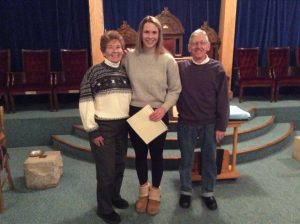 Emily and her proud Grandparents, Sheila and Ray Howard.

I was also fortunate to travel in September to New Zealand, where I met up with another Brother, Geoff Mather in Rotorua, North Island, whom took me under his wing and entertained myself and Joy in his home as well as taking me to tour the Rotorua Masonic Temple and to Gate Pa Masonic Lodge for their Installation.  The members there were as delighted to have a Canadian Freemason visiting them as much as I was visiting them.

I will provide a more detailed note in my next blog.

this is a test